It’s about time for this crazy RRSP rule to change

Seven ways to get a bigger tax refund 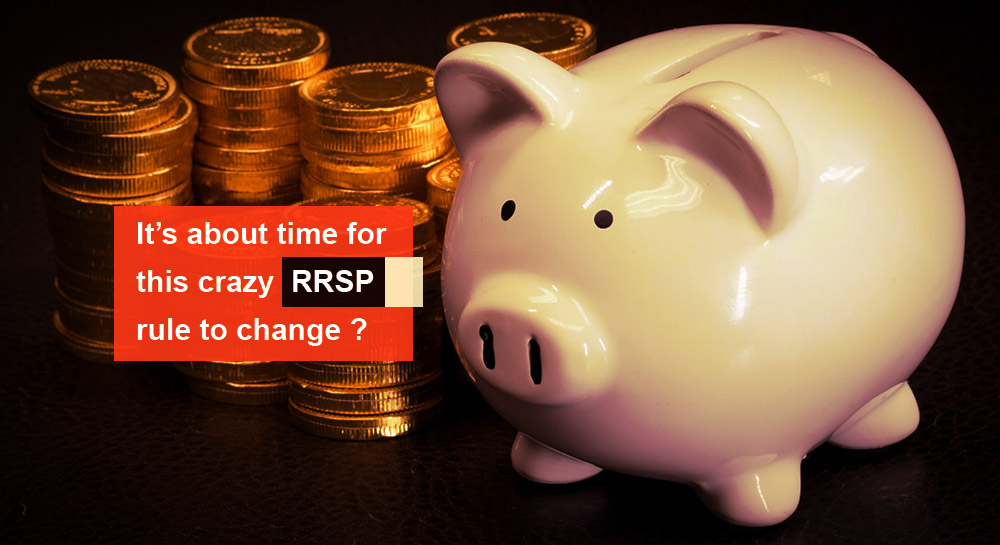 It’s about time for this crazy RRSP rule to change

Some laws don’t make much sense. If you’re thinking of climbing a tree on municipal property in Oshawa, Ont., for example, you may be in for some hefty fines.

Also in Ontario, an innkeeper can sell your horse if you brought one with you, he’s looking after it for you and you fail to pay your bill.

Finally, if you live in Alberta and have any thoughts about painting that wooden ladder you own – forget about it – this would violate the province’s 2009 Occupational Health and Safety Code.

And then, there’s our tax law. Several years ago, the Canada Revenue Agency was asked to comment on a common scenario that has to do with registered retirement savings plans. And since it’s RRSP season, I thought it would be worthwhile sharing what can go wrong under our crazy tax law if you want to help your spouse save for retirement.

Suppose your spouse has accumulated RRSP contribution room and could really use some help contributing to his or her plan. Let’s also suppose that you have the ability to help out, and so you give your spouse some money to make that contribution. Sounds innocent enough. But not so fast.

CRA has confirmed (in Technical Interpretations 9411795 and 9431235) that if you give money to your spouse to contribute to his or her own RRSP, and your spouse later makes a withdrawal from the RRSP, that withdrawal is taxable in your hands under the attribution rules in our tax law. Let me explain.

The taxman’s view is that your spouse’s interest in his or her RRSP is considered to be “property.” More specifically, it’s “property substituted for” the cash you’ve given your spouse. Now, our tax law doesn’t specifically mention RRSPs as being property but does define “property” as “property of any kind whatever.” This would include an RRSP.

The result? Any withdrawals from an RRSP are considered to be “income from property,” which is subject to the normal attribution rules in our tax law. Those rules say that if I give my spouse cash to invest and he or she earns income from property (which normally includes interest, dividends, rents and royalties), that income will be taxed in my hands, not my spouse’s hands. Apparently, these rules extend to withdrawals from an RRSP.

A mix of RRSP tips and traps

But there’s more. If all your spouse’s contributions to his or her RRSP come from funds you’ve given, then all withdrawals from your spouse’s RRSP will be subject to the attribution rules because the law makes no distinction between the original amount given to your spouse and the income earned on that amount.

Now, the CRA has said that when cash from both spouses has been used to contribute to one spouse’s RRSP, the taxman will accept all reasonable allocating methods to determine the portion of the RRSP withdrawals that should be taxed in each spouse’s hands.

What’s the likelihood that the taxman will apply the attribution rules to your spouse’s RRSP withdrawals if you’ve given money for those contributions? The reality is that it’s not all that common when CRA reassesses a taxpayer under these rules. But the rules do exist, and reassessments do happen, which you have to be mindful of this RRSP season.

So, what’s a couple to do? Rather than simply giving your spouse money for RRSP contributions, consider these ideas:

Finally, a word to the Department of Finance: It’s time to make a change to our tax law to make it easier to save for retirement. Spousal plans and pension splitting are helpful, but don’t go far enough. The attribution rules should not apply in the case of contributions to an RRSP.

Tim Cestnick, FCPA, FCA, CPA(IL), CFP, TEP, is an author, and co-founder and CEO of Our Family Office Inc. He can be reached at tim@ourfamilyoffice.ca.

Post Credit: The Globe and Mail By TIM CESTNICK SPECIAL TO THE GLOBE AND MAIL Published Feb. 25, 2022
(https://www.theglobeandmail.com/investing/personal-finance/taxes/article-its-about-time-for-this-crazy-rrsp-rule-to-change/)