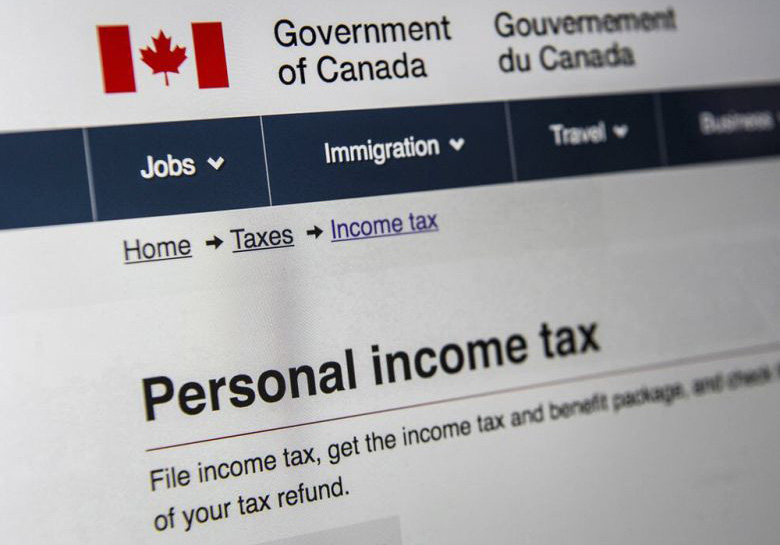 ‘They told me it was untaxable in 1965’ no excuse for failing to declare income, judge finds

Jamie Golombek: You can rack up significant penalties and arrears interest for the non-reporting of the income, even if the CRA has the info already

The most common method the Canada Revenue Agency has of checking up on us is to match the various types of income we report with the income that is reported on T-Slips, copies of which are electronically submitted to the agency by payors. Peter J. Thompson/National Post files

While Canada’s tax system is generally one of self-reporting, there are a variety of checks and balances built into it to verify that taxpayers are, indeed, reporting their income properly each year. The most common method the Canada Revenue Agency has of checking up on us is to match the various types of income we report with the income that is reported on T-Slips, copies of which are electronically submitted to the agency by payors. For example, employers report employment income on a T4 slip, investment income is reported on T3 or T5 slips, the disposition of securities is reported by your broker on a T5008 slip and RRSP withdrawals are tracked on T4RSP slips.

A 2017 report studying the tax gap found that for the 2014 tax year, 86 per cent of income assessed on our personal tax returns was “assured,” meaning that it can be independently verified by the CRA by matching information reported by taxpayers with information provided by arm’s-length third parties.

But just because the CRA knows about the income reported on your tax doesn’t mean you’re off the hook from reporting that income on your return. Indeed, you can rack up significant penalties and arrears interest for the non-reporting of the income, even if the CRA has the info already.

Under the Income Tax Act, if you fail to report at least $500 of income in a tax year and in any of the three preceding taxation years, the “repeated failure to report income” federal penalty will be the lesser of 10 per cent of the unreported income and 50 per cent of the difference between the understatement of tax (or the overstatement of tax credits) related to the omission and the amount of any tax paid in respect of the unreported amount, for example, by an employer through source deductions withheld. A corresponding provincial 10 per cent penalty is also often assessed.

A recent tax case, decided last week, shows the dangers of failing to report the income on your T-slips. The case involved an Ontario taxpayer who was reassessed by the CRA for his 2016 tax year for under-reporting his investment income by approximately $24,000 and hit with the repeat omission penalties.

The case focused on two sources of income that the taxpayer failed to report: income from cashing in a life insurance policy and income from various other investments.

The taxpayer argued that no portion of the funds he received should be taxable. He testified that upon purchasing the policy some 50 years earlier, his insurance salesperson told him that the policy was not taxable. The taxpayer further testified that he phoned Revenue Canada (the former CRA) and “obtained verbal assurances that life insurance policies were not taxable.”

As the judge observed, at the time the taxpayer acquired the policy, the investment component of whole life policies was, indeed, not taxed, making the advice the taxpayer received back in 1965 correct. But new rules for the taxation of whole life policies came into effect in 1970 treating a taxpayer who surrenders their policy as having disposed of the policy. The current tax rules require the policyholder to report the difference between the proceeds they receive and the adjusted cost basis of the policy (being the excess of the premiums paid over the cost of pure insurance) in their income.

The judge wrote, “It is reasonable to presume that Sun Life is familiar with the tax attributes of its own products and would not have issued a T5” if the amount wasn’t taxable. “A reasonable person would not rely on tax advice he received in 1965 to decide whether to report the income in 2016,” the judge added.

Income from other investments

The taxpayer also failed to report $545 in interest income, $6 in foreign non-business income, $9 in taxable capital gains, $1,144 in dividend income and $138 in other income from thirteen different T3 and T5 slips.

The judge dismissed all of these arguments. The non-receipt of T-slips is irrelevant as to whether an amount needs to reported in income. As the judge wrote, “Taxpayers have to pay tax on their income whether they receive a T-slip for it or not.”

As the judge concluded, “A diligent taxpayer would have kept track of his or her investments, known which T-slips he or she should have been receiving and taken precautions to ensure that he or she had all of those slips before filing his or her return.”